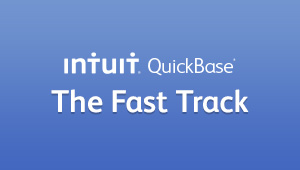 Anita Bruzzese interviewed Michael Docherty on Collective Disruption, including how the old definition of innovation is dead.  Intuit’s “Fast Track” blog is followed by corporate innovators and entrepreneurs alike.  Both can benefit from partnering in new ways.  You can read the entire interview here.

Here are some excerpts from a great discussion:

In his new book, “Collective Disruption,” Docherty says that if companies want to be competitive, they must understand that the old definition of innovation is dead.

The stakes for this transformation are higher than ever before, he says. It has been estimated that on average an S&P company is now being replaced every two weeks, and 75% of the S&P 500 firms will be replaced by new ones by 2027.

“Too many companies are going through the motions. They think if they take a picture of themselves wearing a hoodie, it means they’re entrepreneurial,” he says.

Docherty says the companies that continue to survive – like Cisco – do so because the organization “continues to reinvent itself.” Another example is Google, which shows the importance of being able to focus not only on business today, but what business will be years down the line.

Docherty believes that even the largest companies can become more innovative, and the key is bringing in outside collaborators, as Sunbeam showed.

“I know some people think it’s a risk partnering with unknowns, but look at it this way: It helps you outsource the risk, also,” he says. “You can make them the canaries in the coal mine. You can figure out what works and what doesn’t without taking the risk yourself.”

Docherty says companies also must embrace “reoccurring partners to success” even when their backs are against the wall as it was in Sunbeam’s case.

“This is becoming a necessity, not a ‘nice to have,’” he says. “I think companies are waking up that there is no alternative.”

Docherty explains that as consumer expectations continue to rise, companies are feeling greater pressure to deliver products that meet their higher standards. Further, all this must be done faster than ever before.

That leads managers and employees to focus on efficiency, scale, standards, best practices, rules and regulations, he explains.

“They build companies that reward managers who can work within a system, not throw it into a tizzy with a lightbulb idea,” he says.

While big companies value the “efficient running of their bigness,” the problem is that as they get bigger it is more difficult to hold onto the disruptive energy of an innovative process because big companies “reward risk avoidance,” he says.

That’s why big companies need partners who “run toward risk with arms open wide” and can help inspire current employees who are already drawn to innovation. “The good news is that you’ve probably got people who are already doing this on their own – and this can be a way to hold onto them because without it they’re going to leave anyway,” he says.